Weight training has come a long way since the ‘Golden Era’. Since there wasn’t a lot of research back in the day, the lifters experimented with different lifts not knowing what’s going on inside the muscle. Fast forward to 2016, science is the backbone of bodybuilding. According to the Kinesiology, the science that studies human body movements and exercise should follow these three rules to be safe and effective for optimum muscle growth:

1. An exercise should mimic the function of a muscle.
2. Target muscle should be the prime mover.
3. Benefits of exercise must be more than the risks involved in it.

Extended researches have proved that a lot of staple ‘Golden Era’ exercises can make you prone to injury. Here are 5 such moves that can lead to unwanted bed rest:

Most lifters use this exercise to hit the upper traps, whereas the prime movement of this exercise comes as the shoulder abduction and elbow flexion. As a result, it puts unnecessary stress on rotator cuff muscles which often leads to shoulder impingement syndrome or simply put – rotator cuff straining or tear.

Do Shrugs or Prone Shrugs instead.

2) Behind The Neck Barbell Press

Easily the most common shoulder workout, the behind the neck barbell press makes the shoulders rotate externally at a very uncomfortable level. This again makes the rotator cuff muscles highly vulnerable to injury. It also puts an undue stress on ligaments and tendons.

Do regular overhead dumbbell press or military press instead.

The Stiff-Legged Deadlift, if properly done, is actually a great movement for the glutes, hamstrings and the lower back. However, the prime mover in this exercise is the Gluteus Maximus muscle rather than the hamstring muscles. The hams only assist the prime moving muscles, that is, the Glutes. Some people, in order to increase the stretch on the hamstrings, do the lift standing on a block or bench with heavy weights. This is incorrect and makes you highly vulnerable to slipped disc issues.

Do Legs curl to hit the hamstrings muscle instead.

4) Behind The Neck Lat Pull Down

Dudes love this exercise but have no idea whatsoever that this move puts the rotator cuff in a very tight spot, just like ‘behind the neck military press’ does. The lat pull down is a great exercise to target the ‘latissimus dorsi’ muscle that gives you that V-taper look but not when done behind the back. The same logic applies to ‘behind the neck pull ups’ as well.

Do Front lat pull down instead.

Massively ‘overdone’ to achieve the ‘bicep peak’, physiologically, the concentration curls can do very less to increase the peak of the bicep ‘brachii’ aka the bicep muscles. It can only be increased if relative length of tendons and muscle belly are altered with a surgery. Therefore, the bicep peak is purely genetics. Moreover, while performing concentration curls, we put our body into an awkwardly discomfort posture where the amount of load lifted gets limited in comparison to the regular bicep curls.

Do Standing bicep curls instead.

Remember, an exercise is done to make you grow and not to harm yourself. 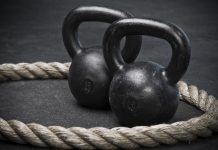 7 Reasons You Need to Train with Kettlebells 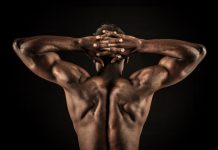 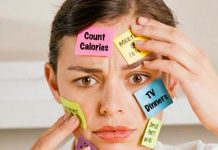 The 7 Fat-Loss Mistakes You Won’t Make This Time